Solo exhibit / Espacio Oculto / Madrid / ESKHARA is an artist book that seeks to give visibility to the transparency of glass through illustrations created with broken glass on sandpaper and thus think about the vestiges inserted in our society by glass architecture. In parallel, the concept of the book inspires the works of the exhibition. The line drawings are emulations of the marks and prints left by the knives of the architecture students of the Complutense University of Madrid in their work tables which highlights the conceptual origin of the architectural intervention in the natural space. Sharing the same exhibit space are found construction and organic material that showcases the raw elements as the origin of the physical intervention in the natural landscape. Also present is the artist's work table, where he has produced the exhibition, as a creative meta-space, where the works that question the origin gives rise to the works.

Group exhibit / Círculo de Bellas Artes / Madrid / The glass with reflected sheets is an element that has played a leading role in the leisure, housing and trade constructions and symbolizes the capitalist promise that ultimately leads to the depopulation of the peoples and the exploitation of the environment, a reality totally contrary to that imagined by utopia transcendental of the expressionist architects of the beginning of the 20th century. Sobre Cuadrado Negro aims to rethink architecture as the protagonist of a change from its representation and transformation using the absence, light and the body as engines. Part of group exhibit Paralajes.

Solo exhibit / LA FÁBRICA/ Madrid
Enantiodromia is a term first coined by philosopher Heraclitus and later revived by Carl Jung as the principle that describes a force that produces its polar opposite, making each individual force necessary for the opposite’s existence. Wholeness can be attained by understanding that the duality is actually non-duality, each working force, internal or external, is necessary for its opposite to exist. As darkness grows, light fades and so on in reverse in a continuous collaboration. This exhibit is an ode to this non-dualistic philosophy as I pursue to translate it through photography. 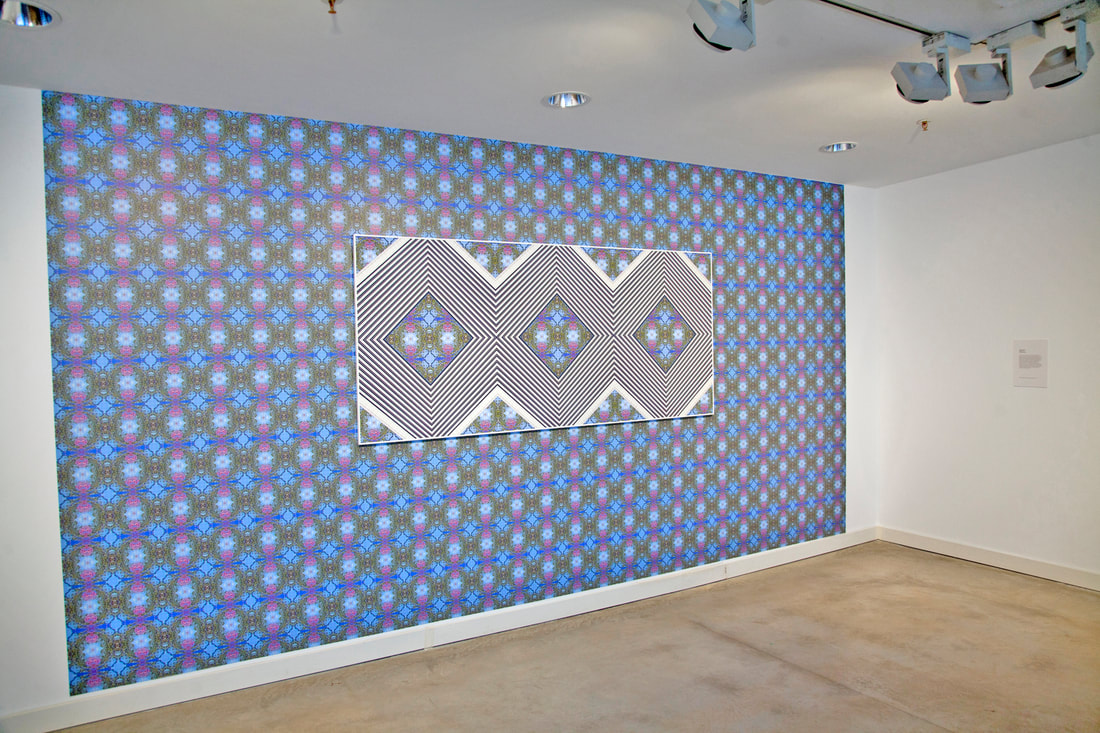 Group Exhibit / CENTRO DE ARTE ALCOBENDAS / Madrid / Manmade creations are calculated and rational, losing their sense of mystery to a sense of logic. Nature and its sensation of beauty, on the contrary, holds mystical and mysterious qualities that humans are far from understanding, much less recreating. I do, however, believe that architecture can achieve perplexing feelings comparable to those of nature through creations not easily understood by the mind. It is in the sense of curiosity and wonder that these two opposites can find a common ground. By deconstructing individual buildings through photography and providing a clear, limitless backdrop, we can separate architecture from its surroundings to better understand its geometric identity.

Solo exhibit/ BUTTER GALLERY / Miami / "The large-scale chromatic works of “Departure” take their origins—cell-phone-photographed items, spaces, and colors—to their most simplified conclusion: clean shapes, simple lines, and an ephemeral quality subject to the changes of light and mood. The symmetry and patterns found in his images are the result of both the technology used to create them—mobile software—and, more significantly, Tuma’s psychologically meditative process. The creation of his work is ultimately transformative, used for mental centering and inner quiet, from the source photography to its visual paring-down. This spirit reverberates in the work itself".